University of The Philippines Diliman, The Philppines

We are looking at the National Museum of Anthropology, Intramuros and Fort Santiago, and lunch at a restaurant that serves Filipino cuisine. All of these are located in Old Manila. 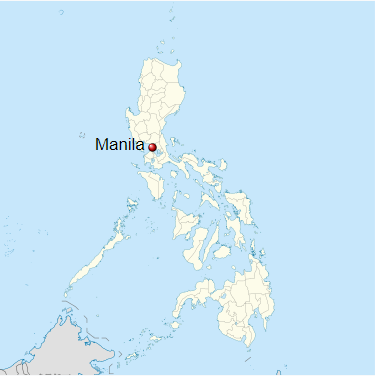 Intramuros, a district of Manila City, is also known as the Old Manila. Discover Old Manila’s fascinating history with a visit to Intramuros, the most historic area within Metro Manila. For hundreds of years, the walled city of Intramuros was the nerve center of the Spanish occupation in the Philippines, home to several thousand Spanish colonists, their families, and their Filipino servants.

Manila, known officially as the City of Manila, is the capital of the Philippines, and its second-most populous city. It is highly urbanized and as of 2019 was the world’s most densely populated city proper. Manila is considered to be a global city and rated as an Alpha – City by Globalization and World Cities Research Network. It was the first chartered city in the country, designated as such by the Philippine Commission Act 183 of July 31, 1901. It is among the most populous and fastest growing cities in Southeast Asia.

The Spanish city of Manila was founded on June 24, 1571, by Spanish conquistador Miguel López de Legazpi. This is regarded as the city’s official founding date; however, a Tagalog-fortified polity called Maynilà had already existed on the site, dating back as far as 1258. It is the name of this old polity from which the Spanish and English name Manila derives.

Manila is located on the eastern shore of Manila Bay, on the island of Luzon. The Pasig River flows through the middle of the city, dividing it into the north and south sections. The city comprises 16 administrative districts and is divided into six political districts for the purposes of its representation in the Congress of the Philippines and the election of city council members.

Presenters must register before March 23, 2023 to guarantee a place in the program. Registration will remain open after this, but conference organizers cannot guarantee placement in the conference.